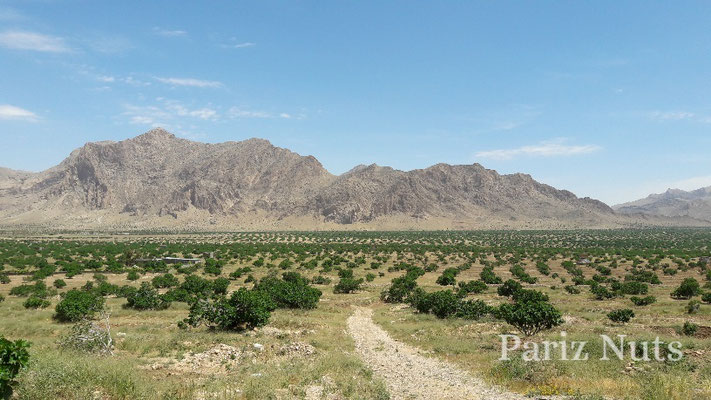 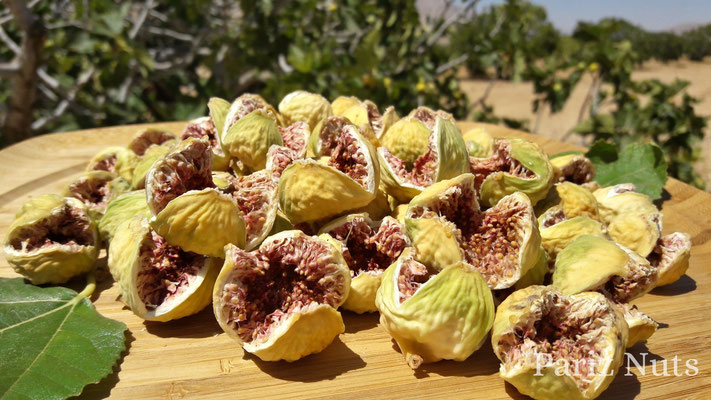 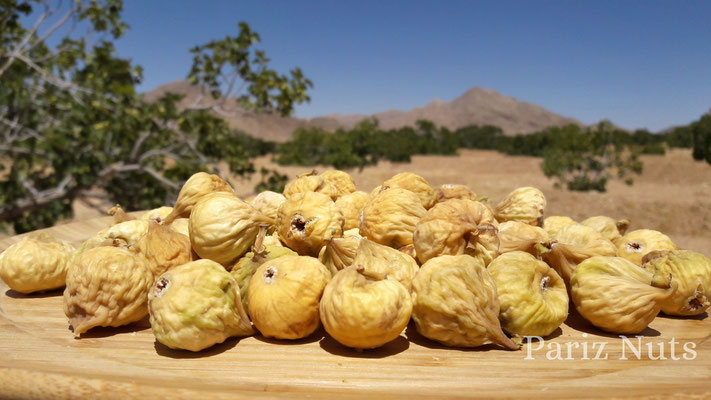 Fig (scientific name: Ficus moraceae) is a species of flowering plant from the Moraceae family. Archaeologists believes that fig is the first crop of human in more than 11400 years ago and it was the first grown fruit by human and cultivated 1000 years in Middle East before wheat, barley and legumes.

Fig mentioned frequently in the Bible, the Koran and the Torah and also can be found in cultural and historical stories such as “Romelus and Remus” and it is said, as no cloth was invented in early years of the earth Adam and Eve used to cover their bodies with figs leaves.  The home of fig is probably in ancient Persia, but today the fig is cultivated in western Asia and Asia Minor and  Mediterranean. Fig occupies a high position among dry fruits and are edible either in fresh form or in different dried, preserved, as well as canned forms. Soft, sweet and pulpy, this delicious fruit promotes a good health and wholesome.

The soil and climate in Estahban valley are ideal for growing figs. Fig thrive in valleys hot day summer sun without any irrigation. No chemical materials and hormones are used in growing this product, Consequently, the dried figs are organic and natural production. The main characteristic of Iranian figs can be identified as being dry, a bit hard and wrinkled. Iranian fig is variable in size and color. We at Pariz Nuts classified figs into two main groups, the open mouth (101) and the closed mouth and each type subdivided into three types as below.

This is the most exclusive and expensive type among all Iranian dried figs. The main characteristic of this type is the white color or slightly yellow. This type is big in size and majority of figs of this type are open mouth, which makes them easy to eat and chew.

This is another type of Iranian dried figs, which also belongs to open mouth type. This type is smaller compared to 101AAA and more reasonable in price. This type is also white and yellow but the size of each fig is around 22mm with 15% of closed mouth.

Dried figs that belong to this grade have yellow and white color. The size of them is about 18 mm. About a half of the total amount has open mouth.

Dried figs of this grade have light yellow and white color and the size of them is about 22 mm. Most percent of dried fig in this grade (about 90 percent) has close mouth.

This is the most favorable type for export, due to being competitive in price. This type of dried fig have some differences to other types.

This is the most reasonable and lowest quality in Iranian dried figs. The size of figs are around 14 mm and the color of this type is brown and gray.

This product is made by pressing wetted figs by machine and is available in 200gr, 250gr, 400 gr packs. The color of figs is white.

This product is made by pressing wetted figs by machine and is available in 200gr, 250gr, 400 gr packs. The color of figs is darker than the grade A.